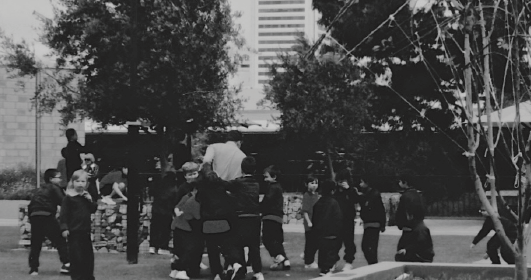 Have you noticed how there are very few men as Bank tellers these days! I was in a Supermarket and there was a middle-aged man in the checkout taking the groceries for payment. I could not help commenting it was good to see him there, doing what we think as a female domain. There seems to be less men working in the welfare sector.

You know how we hear a lot about the equal rights of women and there should be more women in parliament and so on. This is a call for recognition of the place of the male in the family and in society.

In some small churches there are sometimes only a few men. It is a serious matter for young people today to meet members of the opposite sex like it used to be in Church. Rallies, picnics and outings that was strong on Christian fellowship and social mixing were features of the Church in earlier years. Due to this change, in many Churches, for a long time young people turned to clubs and now it is the internet with all its consequences and mistakes.

When I was in Perth I saw a school teacher in the garden, just near the Perth Station, designed by Josh Byrne of ABC Gardening Australia. The children were all over him and playing with joy and abandon. It was a beautiful sight. It would take just one child to complain about the  teacher and it could destroy his career.

Therein lies the problem. A lot of men have become afraid. Some men have become timid. I am not for a moment excusing behaviour that is wrong but we are in danger of losing the joy of living because of fear.

If you want to look at a good man in the Bible you need to go no further than Joseph of Joseph, Mary and Jesus in the Christmas story. He is a little in the background. When he thought Mary had betrayed him, he was going to divorce her but he would not be cruel to her. He would not put her through a court battle or use the child as a football or disgrace Mary.

Watch him follow through the leading of the Lord.

The story of Joseph in the Christmas story is the story of manliness. It is not the masculinity we applaud today when we see a sportsman play the game with a broken jaw. The manliness of Joseph is in his decency. A humble man! A gracious man! He did not head up a multinational organisation and he was not a billionaire. Would Joseph be regarded a success story today? He was very successful in God’s eyes.